This case study comes from John who was looking for a way to pave his entire back garden with a product that would act as a protective surface for when his grandchildren visited. He needed a product that not only was soft and has a good critical fall height, but a product which was easy to install so he could cover his garden using them all himself. Read on to see which product John decided to use and his thoughts:

After deciding that he needed a softer flooring, John decided that rubber floors like the ones used in playgrounds would be the most suitable option for his garden. The tiles would give him the needed protection without looking out of place in his garden.

Knowing what he wanted, John began searching online for rubber tiles and soon came across our website and our recycled, interlocking rubber play tiles which have a 1 metre critical fall height and are easy to install using the included interlocking pegs.

After reading up on its many benefits, John ordered 76 Interlocking Rubber Play Tiles over a couple of orders which would be delivered directly to his home via pallet for the larger orders and via courier for the smaller ones. 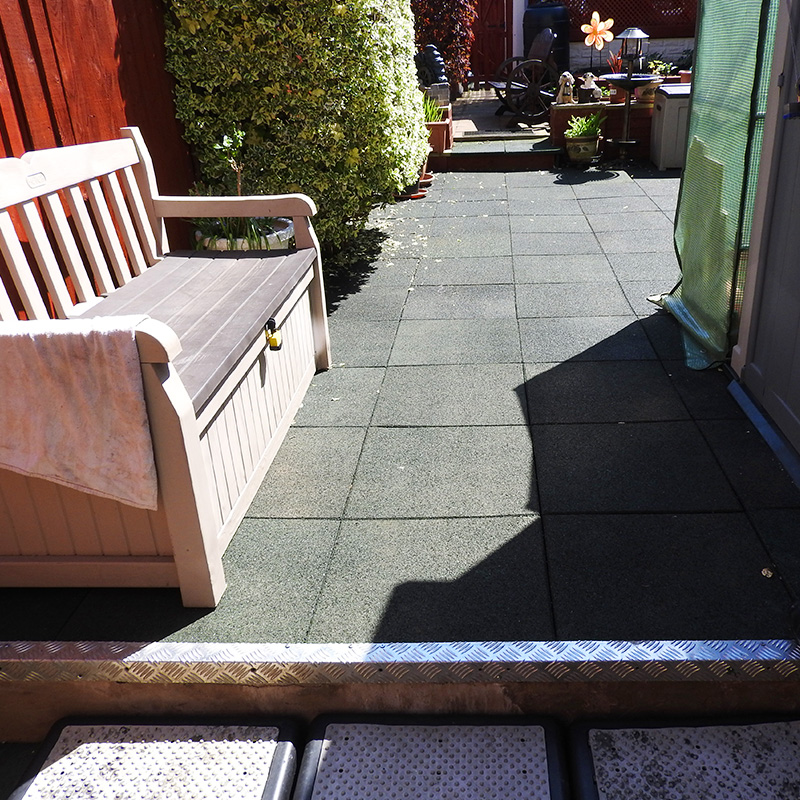 Once John had received his tiles he could begin installing them immediately. Knowing that he needed to secure them to the existing ground, he had already been and purchased some rubber adhesive from a local hardware store.

John started in one corner and laid one tile at a time, securing them to the floor using his adhesive before inserting the interlocking pegs and then attaching a neighbouring tile and securing it to the floor. This was easy to do but was not a quick job as John needed to ensure there were no gaps between tiles and no movement when they were walked on as either of these could present a tripping or falling hazard.

John then repeated this process until his entire back garden was paved with his green rubber tiles. A few of the tiles had to be cut to fit up against existing steps, walls and fences but the tiles are easy enough to cut using a fine tooth saw.

John was and still is very impressed with his new rubber tiled garden. The mats were easy to install and will help reduce the chance of any injuries from falls his grandchildren may have in the future. We all agree it looks great too!

He told us: “My project turned out fine. I have no complaints about MatsGrids, the product was good and the service and delivery were great.”

A big thank you to John for using our rubber tiles and for sharing the photos of his installed tiles! If you are looking for a product for an upcoming project and would like some advice on the best solution then get in touch with our sales team via our live chat or the contact us page. 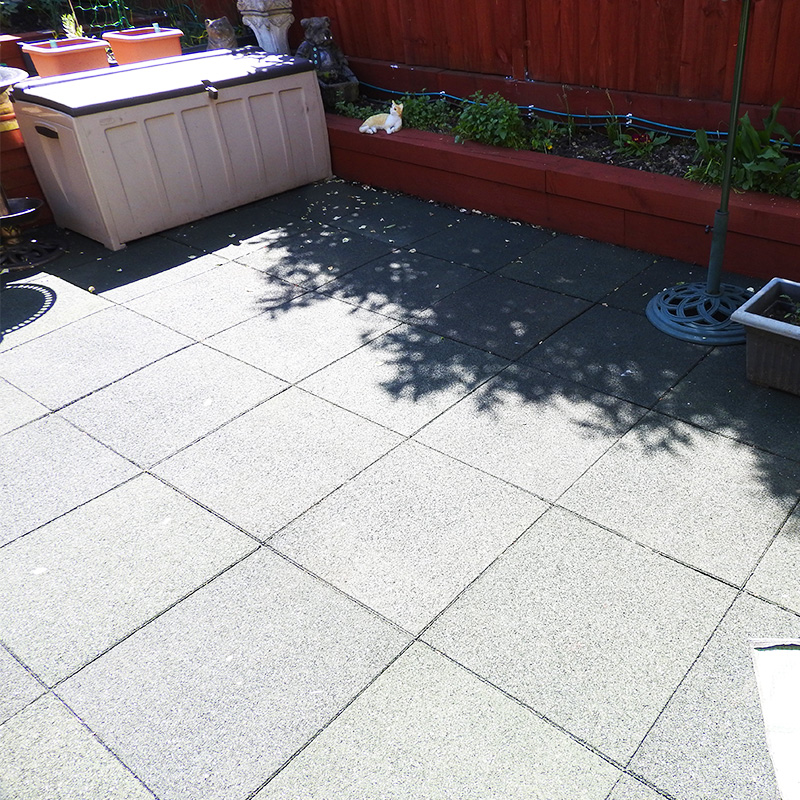 See how Glynhir Golf Club used our green and black rubber tiles to create a non-slip, all weather golf tee on their course

Rubber Grass Mats Under A Play Area At The Living Rainforest