In our latest blog post, John was looking to create himself a gravel patch/path on his front garden.To complement his fantastically cared for turf and distinctive colour of his homes bricks, John was planning to use gravel to accommodate this small area and needed a product in order to stop the gravel spreading onto the grass.

| The Project | The Work | Conclusion

John required a product that would create a subtle separation between his lawn and gravel. As well as being a separator, the edging needed to be long-lasting, aesthetically pleasing and easy to install. He then began researching about lawn edging products and came across our website. John instantly found our Geo-Border Edging and began reading up on its many benefits. He was so impressed he ordered enough to complete his garden on the same day along with some Plastic Nails and a Sheet of GeoTextile Weed Membrane.

After Johns order had been despatched same-day it arrived 3 working days later. 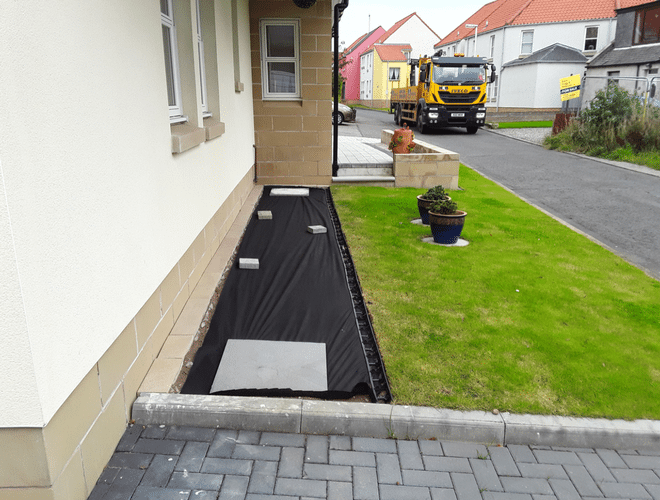 John’s order was packed in an easy to manage box to enable him to store until the day of installation.

Once the day did arrive, John unpacked the items onto his front garden and set to work. He started by marking out where the edging would be installed using string and metal staples. Then he began digging along the marked outline and removing the existing turf from the area he wanted to place his path. With the turf now removed, John then laid the Geo-Textile Membrane in the cleared area and held this down temporarily using small paving stones to stop the sheet from moving.

John could then start installing the Geo-Border Edging. The borders are very easy to install. He simply placed the edging up against the lawn and used a plastic nail to secure it into the ground, he repeated this process until the edge was completely covered. John informed us how simple this procedure was.

Finally, John began laying the decorative gravel. He laid a little at a time and removed the paving stones as he went along. A little raking and adjustment later, John had reached the finished look he wanted. 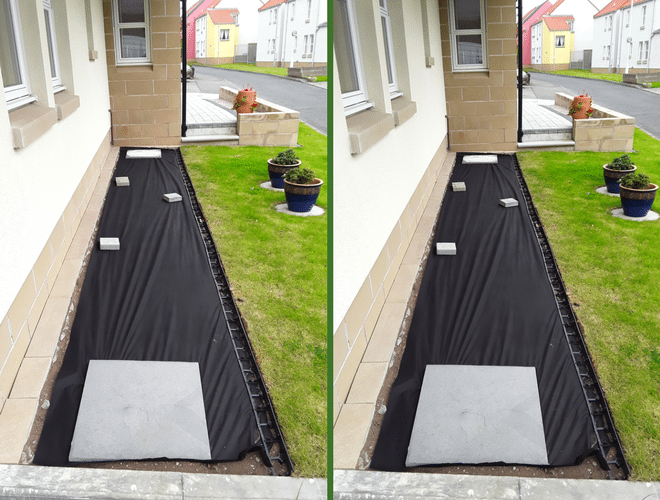 John was incredibly pleased with his final result. The Geo-Border Edging was simple yet effective for him. A huge thank you to John for the images and information he shared to enable us to create this case study.

He told us; ” The edging product was very good and it was just what I needed to create my gravel patch in the front garden!”

If you have images or information to share with us to create a case study or have any questions regarding our products then please do not hesitate to contact us. 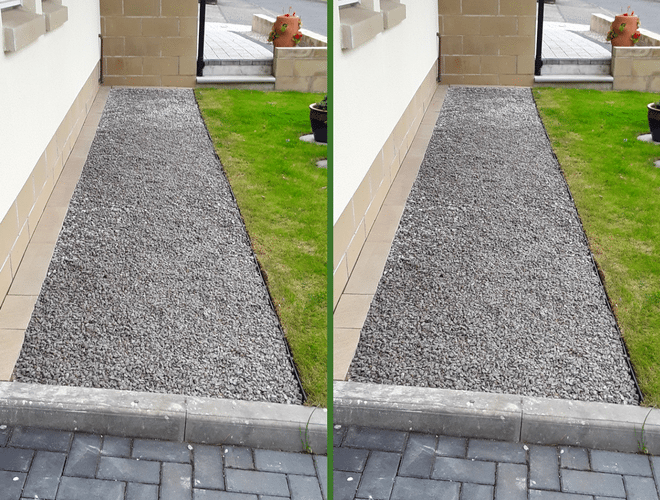