This project comes from Dale, his wife Tanya and their two husky dogs, who after purchasing a new home began planning with The Rivers Trust to create a fully permeable garden which is otherwise known as a rain garden. This means that any rain or liquids that do land on the garden are stored and reused as many times as possible to water plants, used in water features or stored in water barrels.

Their plan was to show that creating a fully permeable and environmentally friendly garden which is able support the surrounding area in terms of drainage and floor prevention, is easy to do and can be cheaper than traditional hard landscaping.

Not only did they make plans for the garden but they completely changed the inside of the house too, knocking down walls, installing new staircases and swapping rooms around.

Gardeners’ World had contacted The Rivers Trust to see if they had any contacts who had created a rain garden or similar garden to feature on their sown. Rivers Trust put Gardeners’ World in touch with Tanya and Dale and soon enough they had booked to come down and film a segment for their programme which aired on the 22nd June 2018 at 8pm.

Read on to find out exactly what work Dale and Tanya completed on their new home and garden.

Dale and Tanya were wanting to create a fully permeable rain garden. In order to find the best products and ideas, they contacted The Rivers Trust who took them around a few sites to see how other home owners and businesses had used certain products to create permeable paths, water systems and more. However, after seeing a few examples of gravel car parks, they were shown an X-Grid® installation local to themselves and instantly knew it was the product they wanted to use.

Dale ordered enough X-Grid® to cover their driveway and to create a path from the front of their home to the back of their garden before collecting from our warehouse.

Dale and Tanya had decided to use the X-Grid from front of their home to create a gravel driveway right to the back of the house to create a strong and permeable gravel path.

On the first day they had 12 tonnes of Limestone Gravel dumped on their driveway by a dumper truck which you can see in a photo. A team of 3 then began to spread the gravel from the front of the driveway to the back of the garden to create a solid sub-base for their sand and on top of that the X-Grid pathway and driveway. From here they then laid a small layer of sand across the entire area before moving onto the grid.

They then began laying their X-Grid which we were told was very easy to do. Their grid arrived in m² panels so their large area could be laid quickly and simply. Each piece of X-Grid® is easy to connect to its neighbouring panel thanks to its specially designed slot and peg system.

What would have taken hours and hours to lay and then an extra week to cure in concrete took no longer than a day to complete and could be walked on instantly. With all of the X-Grid laid they filled everywhere with 10mm decorative gravel (red black and white gravel). Tanya told us they had a number of people walking past or who lived locally asking about our X-Grid system and how it worked as they were impressed by the look of their installation.

Their X-Grid® gravel driveway and path created a strong (able to hold up to 420 tonnes per sqm) and permeable paving solution and got them off to a fantastic start for their rain garden.

With their path completed they could concentrate on completing the rest of their garden. Dale built steps up to back door with metal beams, built a shed using metal beams as the skeleton before creating the walls with plywood. He also built an outline for a gazebo like structure over the heightened patio area at the top of the garden using metal beams.

From here, a large flower bed was created in the remaining area of the garden. This would have under floor pipes with a large water crate or storage tank close by as its back up water supply in case of a rainless week or 2. The pipes would automatically water their plants and flowers whilst supplying a water feature at the bottom of the garden before being pumped up and back around the garden over and over.

Finally, with the flower bed finished there was a few odd jobs to get the garden ready for Gardeners’ World. They installed the roof for the patio area, installed their underground water crates and installed some brick work along the entire garden path to add character. 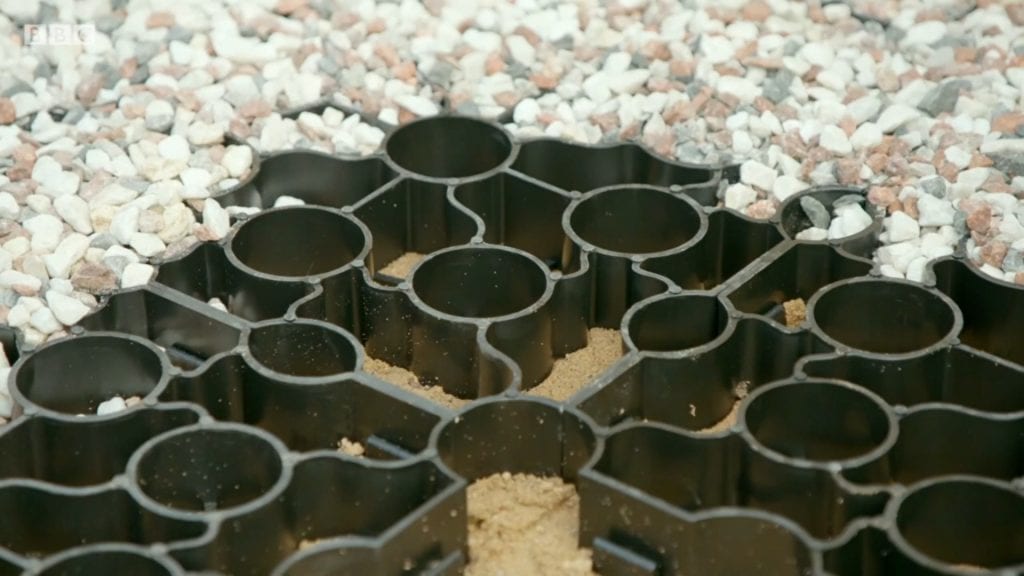 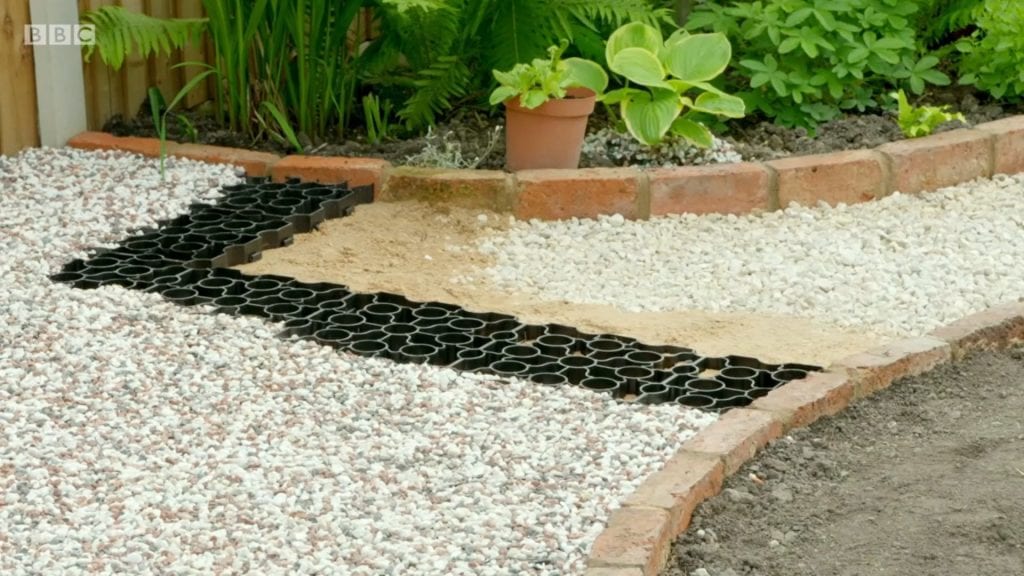 Work Completed In Their Home

When Dale and Tanya first purchased their new home, they all decided that they would strip the house back to its brick foundation and renovate it all.

To quickly sum up their work: they tore down 3 walls, installed 2 new staircases, moved the bathroom up a level, increased the height of the attic ceiling, installed solar panels on roof to power an immersion heater in the attic, reopened the before hidden fireplace in the living room & reallocated rooms in the house to the following floors:

Second Floor: Guest bedroom, new bathroom and a study with a new window/door to gain access to the kitchen roof where they will soon be creating a sun terrace.

Ground floor: Open plan kitchen and living room with a doorway through to a study on the front of the house.

Dale and Tanya have done a fantastic job renovating their home and creating a rain garden. It has taken a long time and a lot of effort but it is more than worth it, their entire home looks amazing and we are very proud to have been a part of the project. Everyone should be very pleased with the work they have done and attracting Gardeners’ World to their project is no small feat!

We would like to say a huge thank you to Dale and Tanya for using our X-Grid and allowing us to visit their beautiful home and garden. For more information on X-Grid or if you have any questions relating to this case study or any of our products then please do not hesitate to contact us.

Following our first installment of top 5 hot tubs, we have decided to show you 5 more of our favourite hot tubs, what fantastic features they have and of course how much these spas would cost. Take a look at the 5 hot tubs below and let us know your favourite! Eagle Leisure – Northwind […]