This latest case study comes from Alison, she contacted us a few months ago as she was looking to perform a complete make over of her back garden by creating a decorative gravel path and decking area. She needed a product that would stop any gravel migration from occurring whilst proving a strong foundation under foot that she could install herself and create specific designs with.

Read on to see what product Alison decided to use and how she installed it:

Alison began searching online for a suitable paving product which would be strong, easy to install and able to hold her different decorative gravels in place. After a little browsing she came across our website and our X-Grid® panels. She read up on its many benefits including: able to withstand up to 420 tonnes, lightweight & easy to install, UV & weather resistant, fully permeable and manufactured from 100% recycled plastic in the UK.

Alison was so impressed that she ordered her 13m² of our Black X-Grid® Paving Grid the same day. The order was dispatched the next working day and arrived at her home just two working days later. 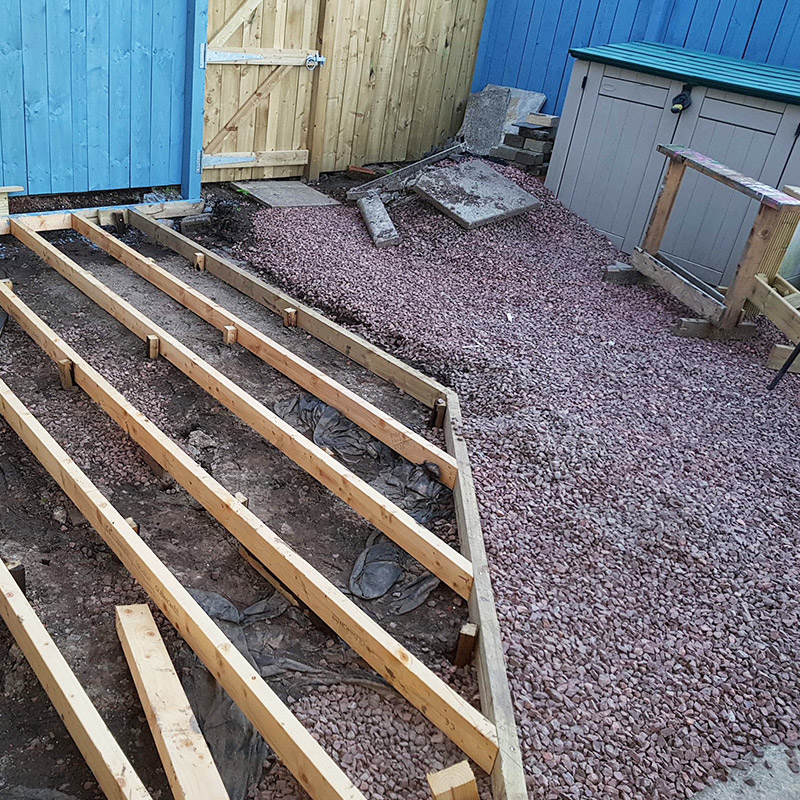 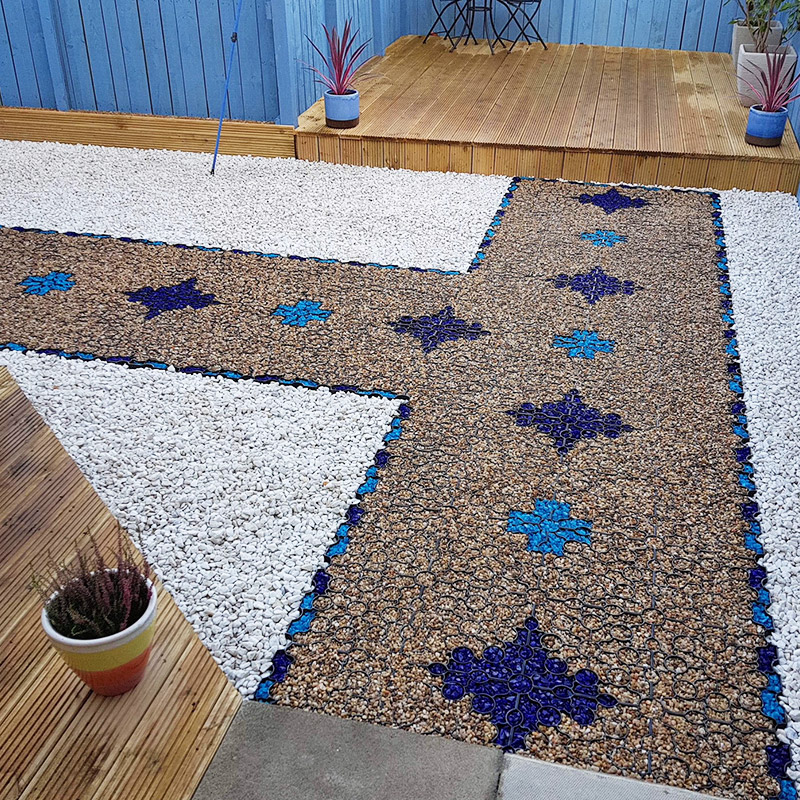 As you can see from the previous photo, Alison had a garden filled with red gravel chippings which she was not happy with. In either corner of her garden she had timber decking installed which looks great and which you can see a photo of further on in the blog.

With the decking in place Alison started removing the red gravel that was currently in her garden, this exposed a rather good sub-base that would just need to be levelled out in certain parts before her X-Grid® and gravel could be installed. In the areas that needed some attention, Alison used a small amount of hardcore before compacting it and levelling it as well as she could. This left her with a solid sub-base on which she could begin her gravel path installation.

From here Alison began installing her X-Grid® 4 panels at a time which is how they were delivered via courier. She created a path from one area of decking across to the other and then down the middle of her garden to a gate which you can see in the photos. She simply connected each section together using the specially designed slot and peg system. Alison told us it was very simple to install the X-Grid® and it took her almost no time at all!

Using 3 different gravels and a recycled glass, Alison set to work decorating her path and garden. She filled around the X-Grid® using large white gravel before starting the more intricate part of the project. Using the X-Grid®’s unique open structure, Alison was able to use her blue decorative gravel and coloured recycled glass to create patterns through the middle and on the edge of the garden path. Once Alison was happy with her patterns she used a smaller angular gravel to fill the rest of the gravel path in.

Thanks to X-Grid®’s structure and Alison’s handy work she was able to create a fantastic decorative, patterned gravel path that would usually be impossible to create without using bricks!

Alison was and still is very pleased with her new X-Grid® gravel path in her new look garden. She has done a fantastic job of transforming her garden from standard red chippings into a multicoloured path with a great decking area.

A big thank you to Alison for sharing the information and photos of her install to allow us to create this blog. If you have images of your project to share or any questions regarding our products then please do contact us. 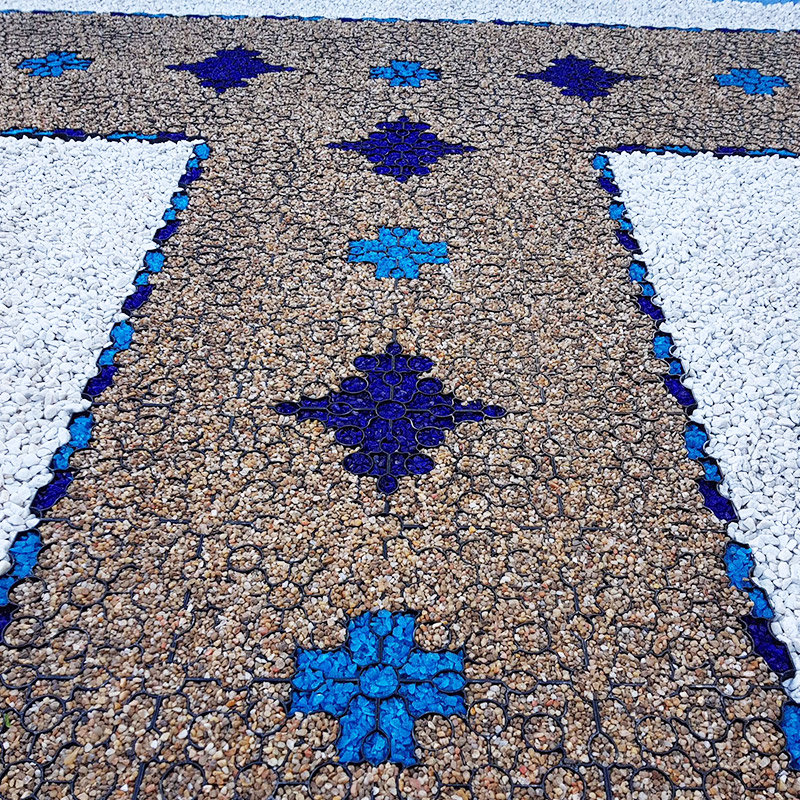