This case study comes from Tim and Janet who were looking to transform a patch of land in front of their home from an almost unusable area into a beautiful grassed driveway where they could park their car. As you can see from the photos, the current area was a very uneven soil and stone flooring which was not suitable to drive or park a car on. To correct the flooring they decided to search for a driveway product that would be strong and stable enough to support a car whilst being able to hold soil and have grass grow through it. Read on to see what product Tim and Janet decided to use:

As Tim and Janet knew they wanted a grassed driveway, they searched online for a driveway grid which would allow grass to grow through it. After a little browsing they came across our website and our Green X-Grid Driveway Grid.

After reading up on its many benefits such as being made from 100% recycled plastic, easy to install, 90%+ open ratio so can be almost fully filled with soil and grass and being able to hold up to 420 tonnes per square metre. They were both so impressed our X-Grid® that they ordered 18m² of Green X-Grid the same day! 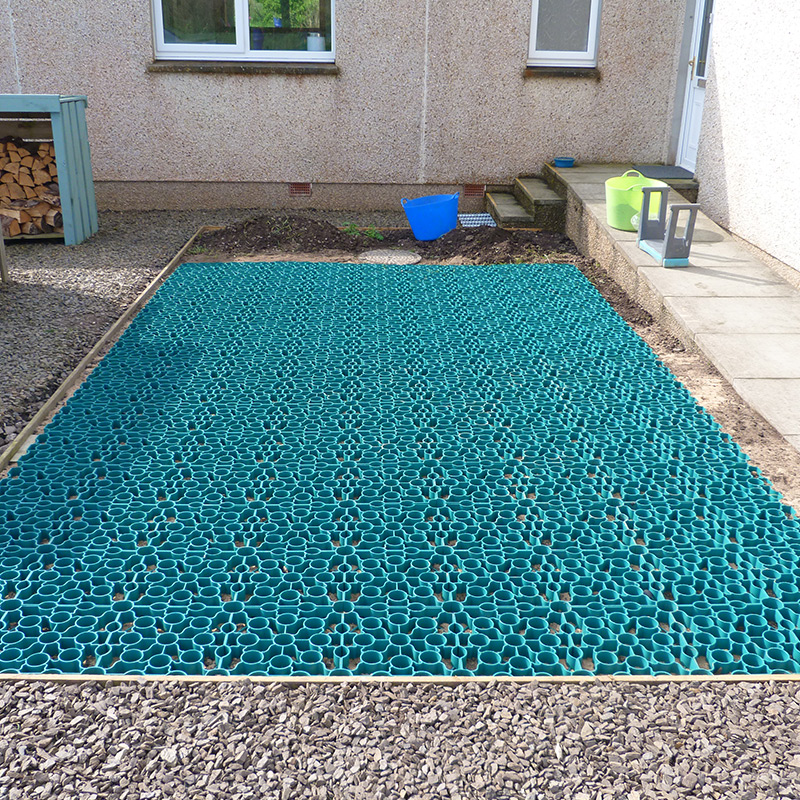 Tim and Janet’s X-Grid® arrived with them just 3 working days later via courier delivery and they could begin their installation immediately.

They began their installation by levelling and reinforcing the existing ground as well as they could to create a solid and flat sub-base on which the X-Grid® would stand. They did this by filling in the uneven parts of the existing ground with gravel and then flattening the gravel down as well as they could to ensure the grid would sit on a flat surface.

With the ground prepared, Tim and Janet installed a wooden border around the edge of where the driveway would be installed to create a defined separation between their grass driveway and gravel path both for retention and decoration.

The next job was to begin installing the X-Grid®. They laid 4 panels at a time starting in one corner working their way across the full area simply attaching each piece together as they went along thanks to X-Grid®’s specially designed slot and peg system. This was a simple process once they had got the hang of laying the grids.

Finally, the entire area was filled with soil and compacted down before being filled with grass seed. The area was tended to for a number of weeks with plenty of watering and attention to ensure a luscious turf would grow. As you can see from the photos in the blog, the area looks amazing and the grass is beautiful!

We all agree that Tim and Janet’s new grassed X-Grid® driveway looks amazing and will be great for them for years to come!

Tim and Janet told us: “The X-Grid® has been fantastic – the only comment is that it is easy for the beginner to put them the wrong way up!  I did a few square metres that wrong way before realising and then turned them the right way up. Your service on ordering and delivery was excellent and they have been really simple to lay – obviously once the ground is levelled, or in our case, a level slope!”

A big thank you to Tim and Janet for using our X-Grid® and for sharing the images of their fantastic installation! If you have images of your install to share with us or have any questions regarding our products then please do not hesitate to contact us. 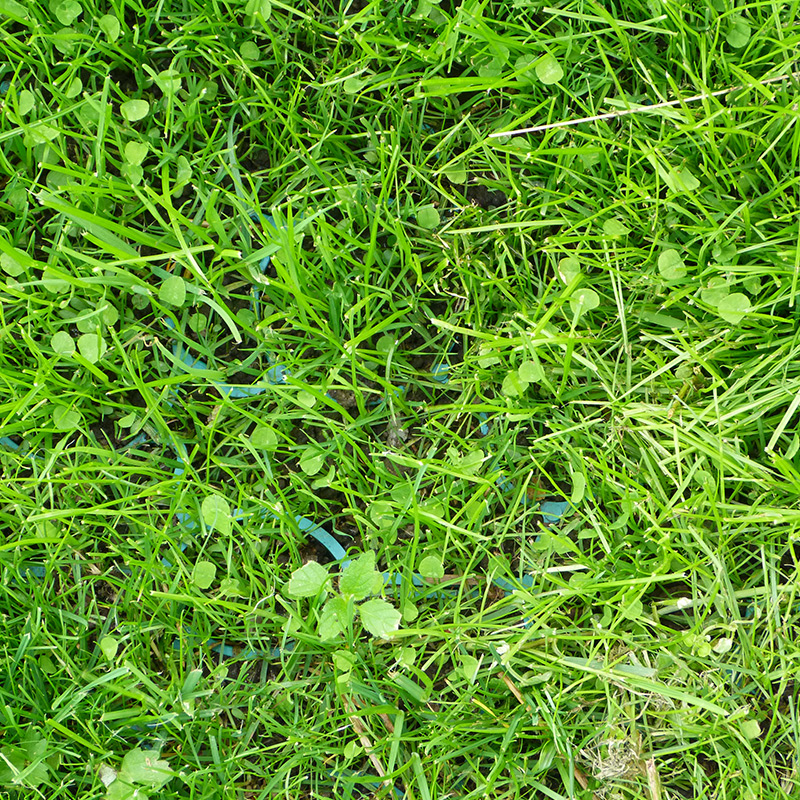 As seen in one of our other grass reinforcement mesh case study, this customer was struggling with their garden turf being damaged and unable to return to its natural state. To prevent further harm and to allow the grass to grow back, they began searching for a suitable solution to their problem. To find out how […]