This case study comes from Amate Animalia who we donated a number of rubber grass mats to. This volunteer run charity (1164303) based in the Cotswolds were in need of grass mats for use in their horse enclosures. The charities main focus is rescuing and rehabilitating exotic animals (whilst also taking in some domestic species too, although they specialise in exotics).

At the time of writing, the charity currently have over 119 species including mammals, lizards, amphibians, invertebrates, snakes and birds. As well as caring for the animals, they also provide ‘Pets as Therapy’ visits for disabled children and adults as well as holding educational talks at schools & universities. Part of their Pets as Therapy team are the Shetland ponies (the main users of the grass mats) who visit people in care homes and hospices.

This project began when an Amate Animalia team member contacted us and began enquiring about our rubber grass mats. After conversation including what & why the mats would be used, we came to the decision to donate the amount required and dispatched them along with cable ties and fixing pegs the same day.

We were told the grass mats would be used in the pony paddock for Charlie and Jim as they required a non-slippery and padded surface to walk on. The rubber grass mats were also to be used for their many exotic mammals to rest and move around on after surgery to protect their wounds and encourage a successful recovery. Some of the mats were also to be used as safe walkways so volunteers would not trip or slip whilst working. 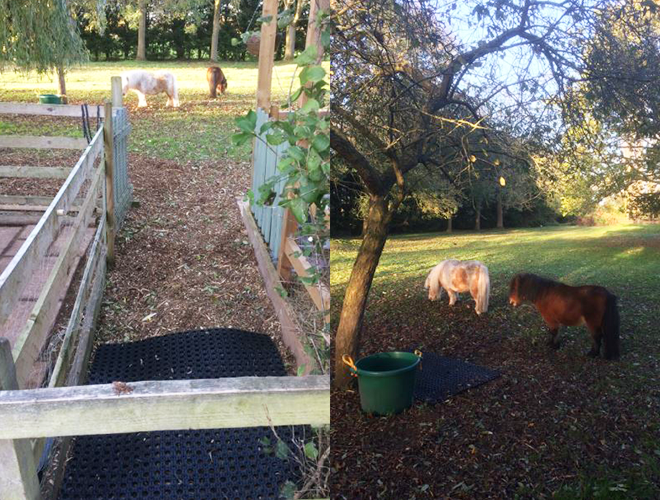 The charity received their rubber grass mats three working days after they had been dispatched from our warehouse. As soon as they arrived, the team could begin installing them in the required areas. Three grass mats were installed by the entrance, feeding station and stable in the pony paddock which you can see in the photos attached. We were told how simple installing the the mats were using the fixing pegs and cable ties.

Next, the walkways were created which you can see on the second to last photo to ensure that no staff would slip or trip when in the pony paddock. Again, the mats were very simple to secure and ensure there would be no movement once installed.

Finally, Amate Animalia installed the last few grass mats in a recovery area to allow their post-surgery animals to move freely and rest without risk of further injury to their wounds. These were installed using cable ties and haven’t moved since being installed. The entire project was resounding success! 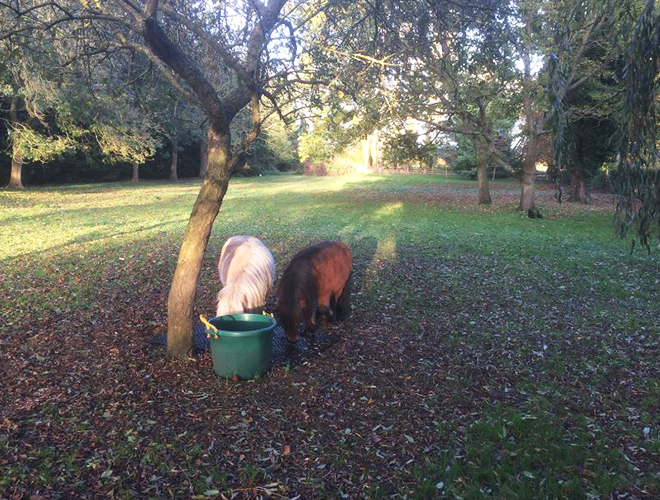 Everyone at the charity are delighted with how their donated rubber grass mats have helped the animals they care for. We’re told that Charlie the pony is especially pleased as he has knee problems and needs a non-slip and padded surface to walk on especially in winter! 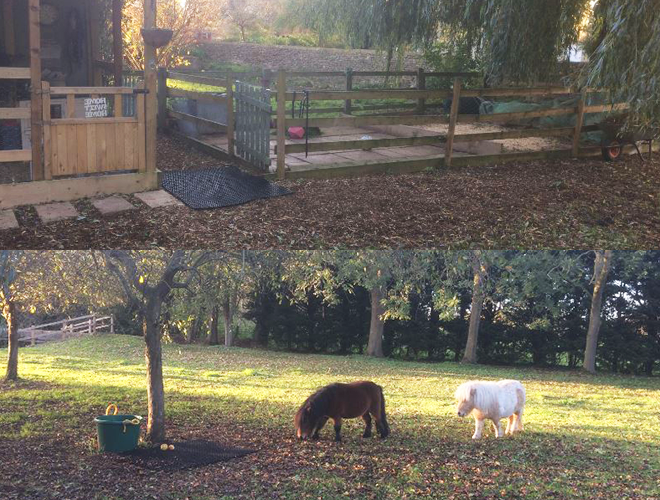 The Botanical Gardens located just off of Ecclesall Road in Sheffield is one of the most beautiful and natural parts of the city. With a large pavillion / greenhouse is home to many wild and exotic flowers and plants with a huge presence throughout the gardens too. This area of natural beauty was chosen to […]