Have you ever stood looking at your garden thinking “something is missing” but can’t quite put your finger on it? If you haven’t then please let everyone know your secret! If you have, like most of us, you’re most likely 1 or 2 things away from making it perfect. Whether it be a place to relax or a nice feature just to spruce up the garden a little. In this case study, Peter had the same thought, what could make this garden perfect? A summerhouse! Which lead him on a path, all the way to us, the plastic Shed Base Company! Read on to see what Peter did to make his garden perfect!

| The Shed, The Base and Other Costs | Laying The Base | Conclusion |

The Shed, The Base and Other Costs

Peter and his wife called us last spring regarding our 7ft x 5ft Plastic Shed Base. They had just ordered a 6ft x 4ft Billy-Oh Summerhouse from Garden Buildings Direct and needed a base that they could lay themselves which wasn’t labour intensive or would end up being expensive. This ruled out concrete due to being heavy and if a labourer is required, expensive. A wooden base was considered but again wooden bases can also be heavy and have the weakness of rotting due to our fantastic and wet British weather.

Peter decided to use our base as there would be no hard labour and no chance of rotting after the inevitable rains of winter had punished the base. We as a company also offer GeoTextile Membrane which Peter needed to lay before his base could be put down. Once Peter had his summerhouse, base and membrane all that was left to do was to buy some decorative gravel from his local DIY store.

The overall cost of the project including the summerhouse was £360. 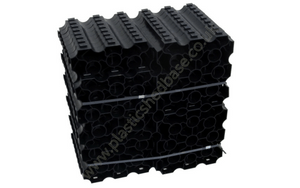 Peter and his wife did all of the work themselves. The base was packed into easy to handle boxes, which helped when having to carry them from the drive to the back of the garden.

To start Peter had to dig out an area of grass and soil to make room for the base. Once the soil had been disposed of, the sheet of membrane was rolled out and held in place by our Fabric Pegs which are bought separately from our website. Once the membrane had been rolled and secured, the base was easily clipped together and laid in the correct position. Peter told us how easy this was to him to do. 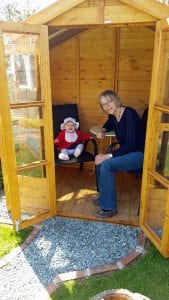 As you can see from the photos, Peter’s summerhouse looks fantastic. He also doesn’t have to worry about any flooding or rotting of his base due to ours being permeable and plastic so it can’t rot! Peter is incredibly happy with how his project turned out, he is so happy in fact that he has already recommended us to others. It goes to show researching alternative methods for your project can pay dividends. Peter didn’t have to pay out for labourers or have to worry about replacing rotten wood because he found our amazing plastic bases!

A huge thank you to Peter and Gerry for the photos and the information to write this case study! We’re delighted you chose our base and it has worked so well for you!

If you have any questions regarding our bases then please don’t hesitate to get in touch! 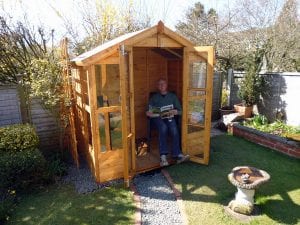 [siteorigin_widget class=”SiteOrigin_Widget_Headline_Widget”][/siteorigin_widget] This case study is courtesy Tony who was searching for a suitable foundation for his new Dunster House Log Cabin. Once he had ordered his log cabin he began thinking about a base. He wanted a base that was strong, not too expensive, simple to install and would help protect his log cabin […]

With trends forever changing there is no sure way to ensure that your styles or even your garden will always been in. However, thanks to our recycled plastic shed base, should you need to replace your shed or other garden building, you can! With a fantastic product lifetime, sometimes outliving the buildings installed on top, […]

Jump To: | The Project | The Work | Conclusion | The Project This case study comes from Rachel Aaron Design Studios who is an architectural designer. Rachel was looking for a suitable shedbase for her own garden after purchasing herself a new shed. She began researching to find a strong, eco-friendly base that would also […]